Over the years, Jonathan Knight has become one of the most prominent animal artists of his generation and he has managed to develop a very private, personal style, which is appreciated worldwide and not only by animal lovers but also by collectors of both classical and contemporary art. The nearly 20-year collaboration between the artist and Francis Maere started quite by accident on the racecourse at Cheltenham (UK) where they met for the first time.
At that time, Knight was already an established artist, albeit in a very restricted circle of horse lovers. He attributes his exceptional ability to represent the energy and power of horses largely to his father, David Knight (1921-1981), an excellent draftsman, illustrator and caricaturist who was mainly active in and around the major horse races in the United Kingdom.
From childhood he was therefore immersed in the very special atmosphere of sport and glamour, and despite a complete switch in his artistic career, his love for horses and equestrian sports would remain latently present.
To date, he still receives orders for life-size bronze statues, such as those that can be found on the racecourse at Cheltenham (UK), at the Cheveley Park Stud farm at Newmarket, or the recently developed racecourse in Penang (Malaysia).
His passion for the expressive power of the horse is also clearly expressed in the monumental, mythical statue that has decorated the entrance of the courtly Four Seasons Hotel on Park Lane in London since 2012.
From the 1980s onwards and following his first exhibitions at W.H. Patterson Fine Arts and Sladmore in London, he began to consider the limitations of the subject. While these themes impose an absolute and unforgivably realistic appearance, Knight began to focus more and more on the ultimate simplification both in form and in material. He thus joins the ranks of a tradition that originated in the 19th century and has had its followers worldwide since the Art Deco movement.
From then on, there was specific simultaneous development of two clear trends in the animal art that one can compare to the development of impressionism and expressionism on the one hand, and the gradual emergence of abstract art on the other. From Bugatti to Pompon to Brancusi, from Monet to Braque to Mondrian. The goal of simplicity and essence without losing contact with reality is what Jonathan Knight aims for. His designs, now expanded to all types of waterfowl, wild birds or more exotic specimens, which he studied in the Zoo in London and West Sussex, are rigorously analysed and stripped of unnecessary details. Their soul is laid bare without this being lost in an overly detailed image.
Jonathan Knight finds himself, as it were, at the crossroads between two worlds. He shares the smooth, abstracting presentation of Pompon with the inspiration and power of Bugatti. A touch of humour is also not strange to Knight, without lapsing into caricatures.
Like many other artists, Jonathan Knight has also abandoned the traditional manner of patinating. Since the early 1990s, he has continuously experimented with acids and their effect on the heated bronze surface.
This creates often surprising effects that fluctuate between chance and control, which certainly contribute to the originality and creativity of his works. Above all, Jonathan Knight has the gift to express the inner nature of the animal, often in very small details.
Jonathan Knight is by no means a follower or imitator. He pursues his own path, that of sincerity and honesty. He does not follow any particular fashionable trend, but has remained true to himself and his artistic legacy.
His work can be found in various private collections throughout the world, including in the private collection of the British Queen Elizabeth II. 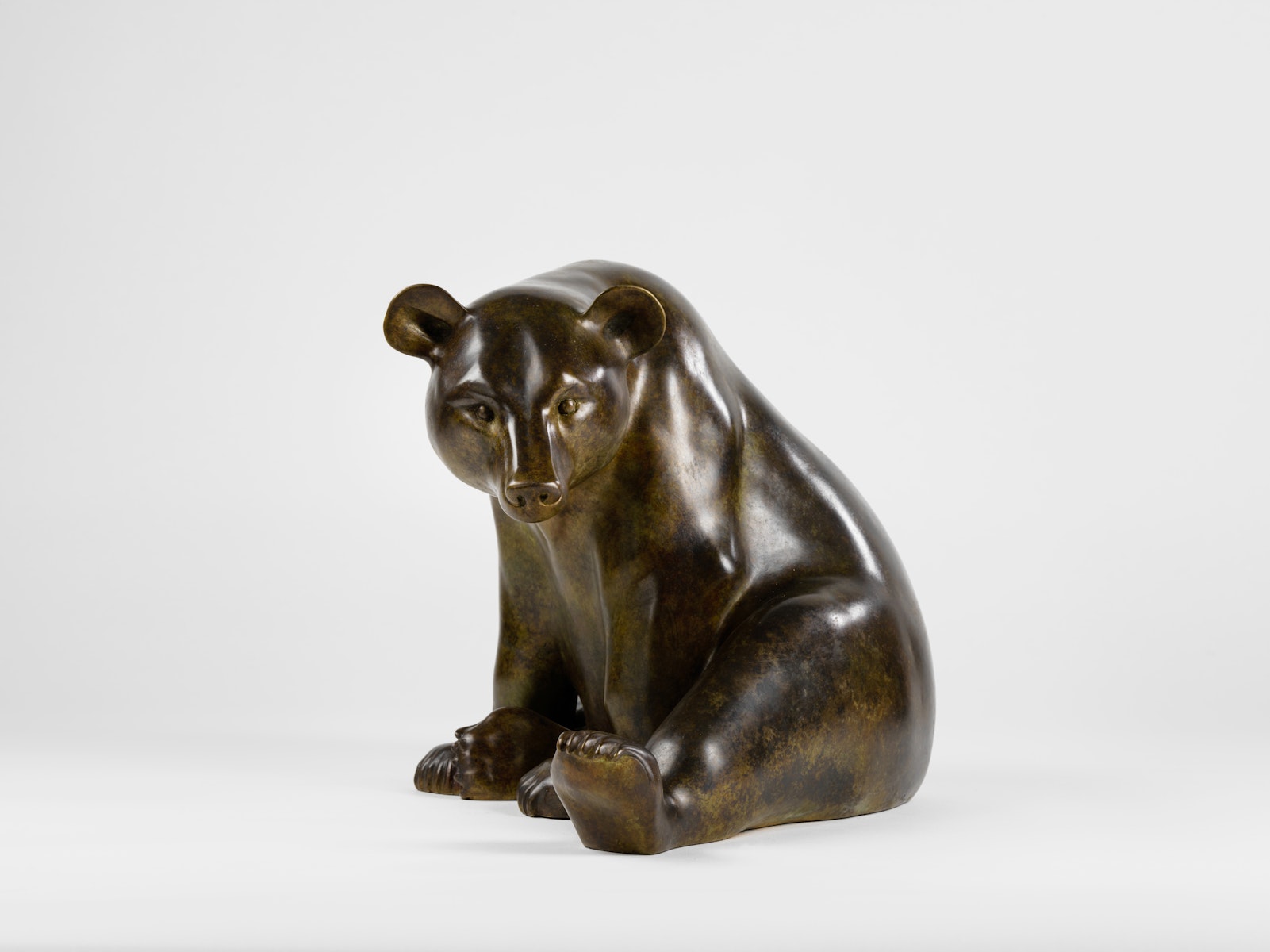 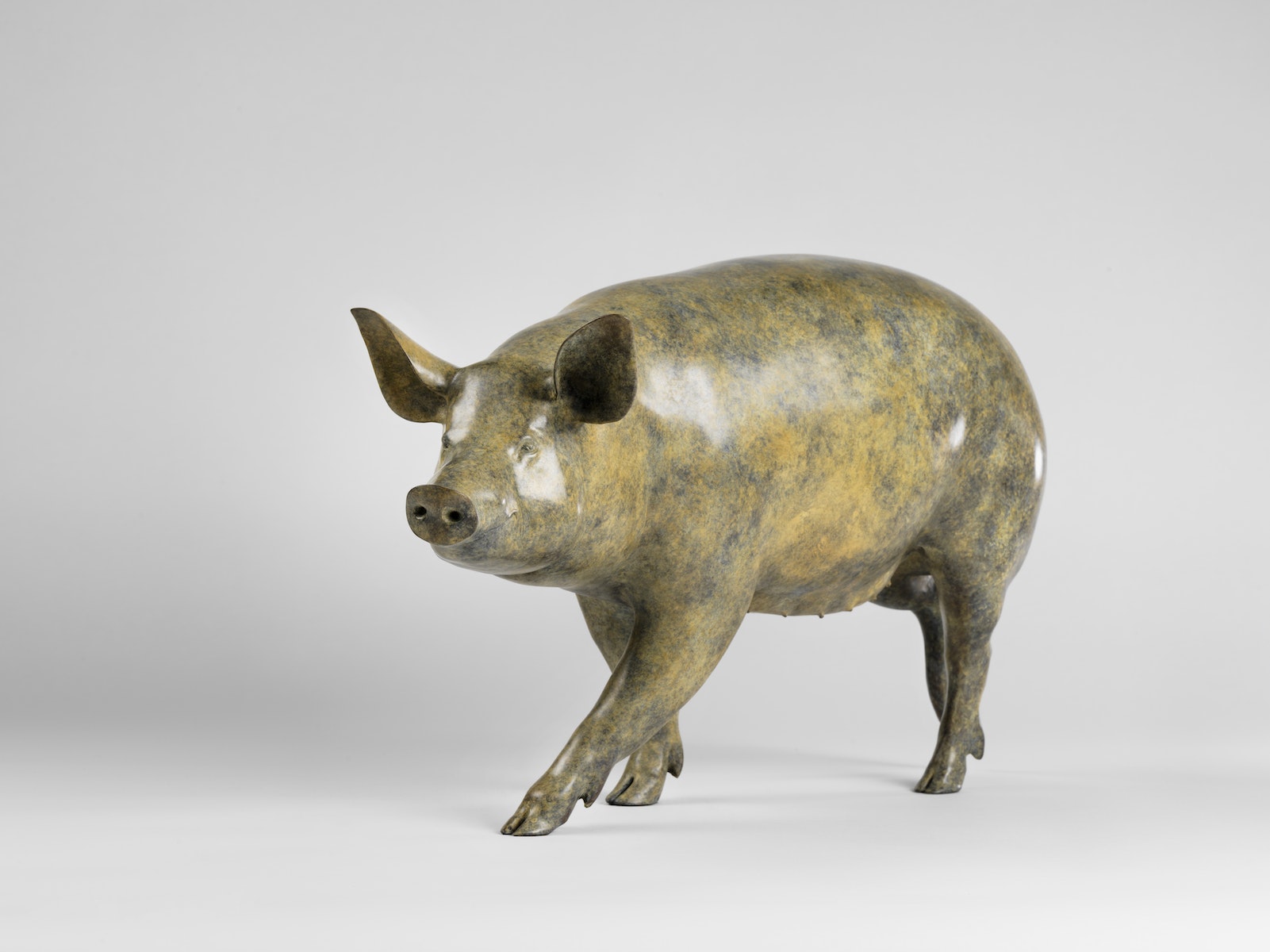 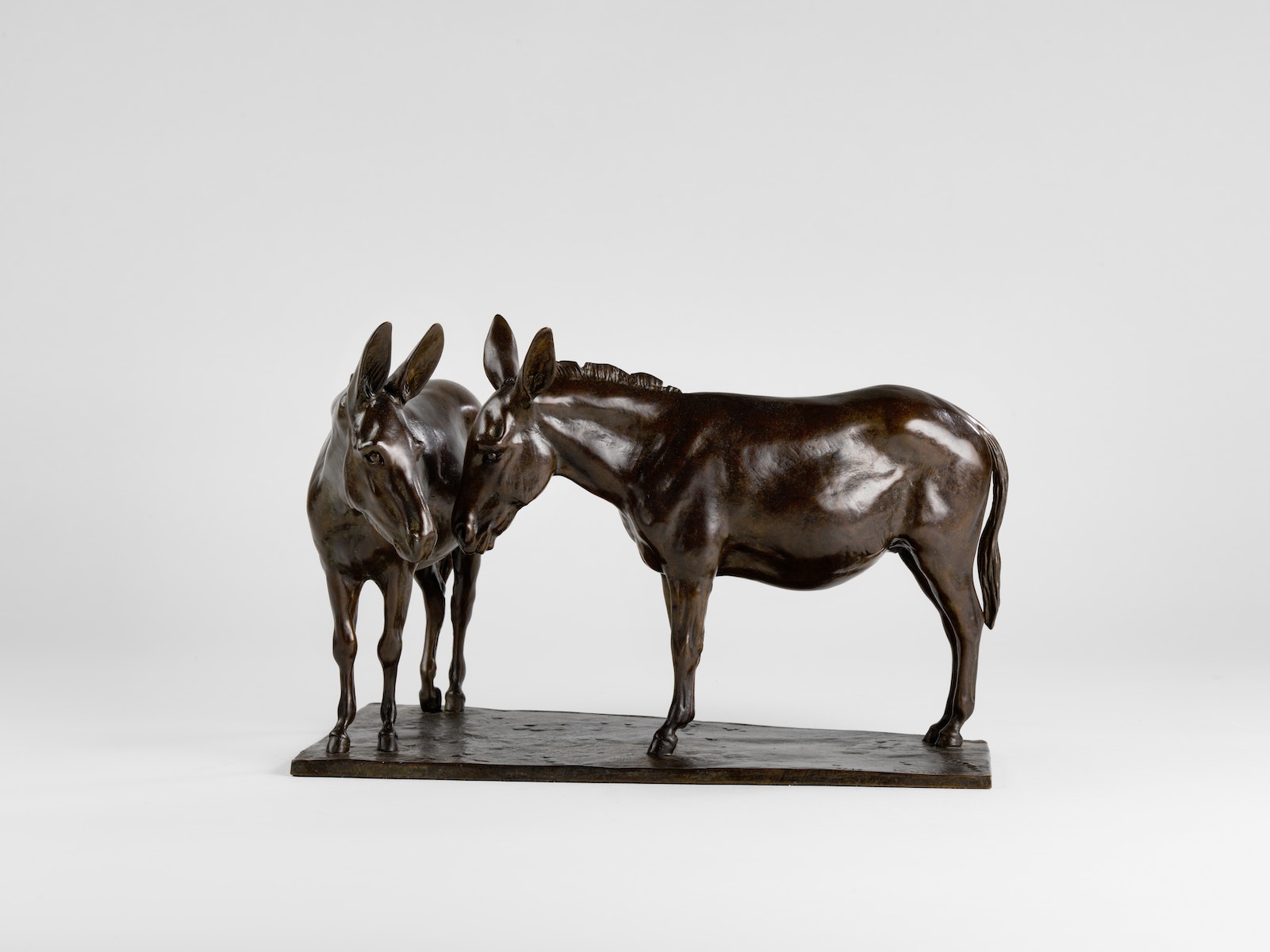 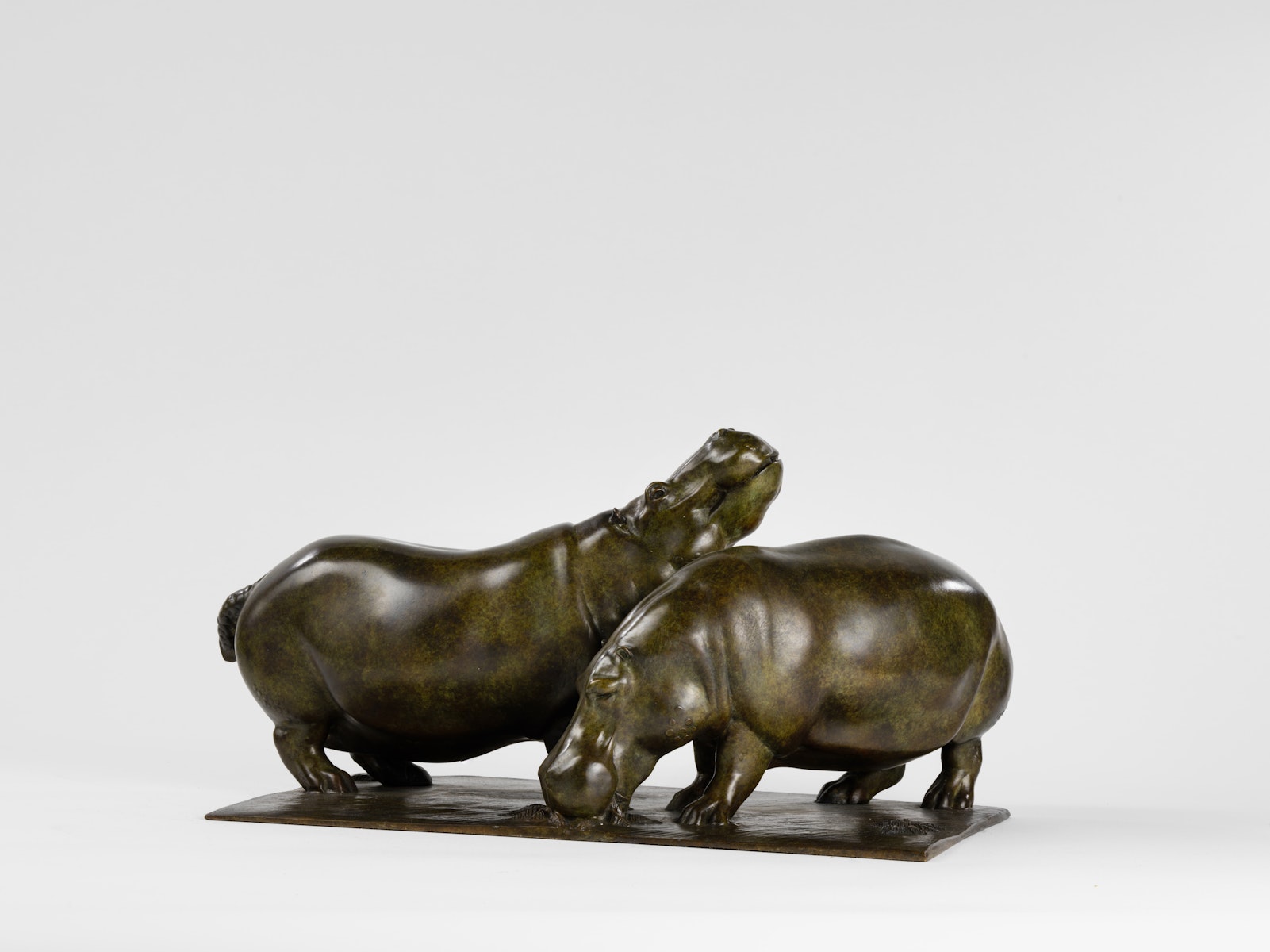 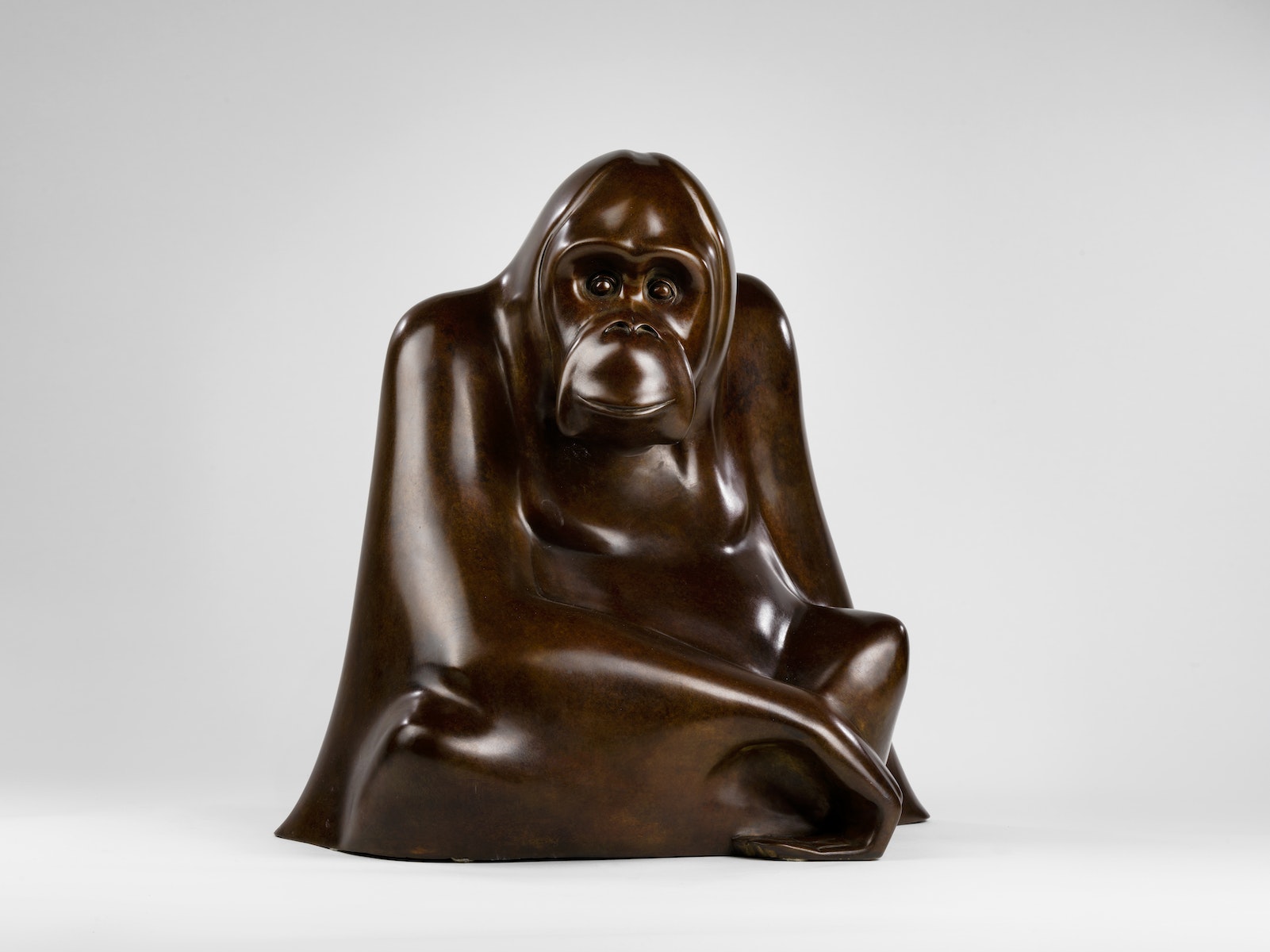