EUGENE DODEIGNE was born in Rouvreux (Belgium) in 1923 but lived and worked
mainly in Bondues (Nord-Pas-de-Calais), where he died in 2015.
At an early age his father teached him to work with stone and to study the rich French
sculptural tradition from the roman and gothic churches and cathedrals.
After years of apprenticeship first in Tourcoing then in Paris, he became himself a teacher at the academy of Tournai.
His early work show a certain influence of Brancusi’s abstract expressions. Later on he
developed his own signature.
His sculptures in wood, bronze and above all stone have always the human figure as starting point. The choice of materials and subject matter makes Dodeigne in that sense
a classical sculptor. But the way he uses the themes is anything but traditional.
The touch of the sculptor is always very present, drill holes, cuts and chisel marks become more and more apparent from the mid 1960s onwards.
At any confrontation with his work it seems as if the artist just finished sculpting and one feels the sheer power and determination. His drawings express the same feelings of energy and creativity. 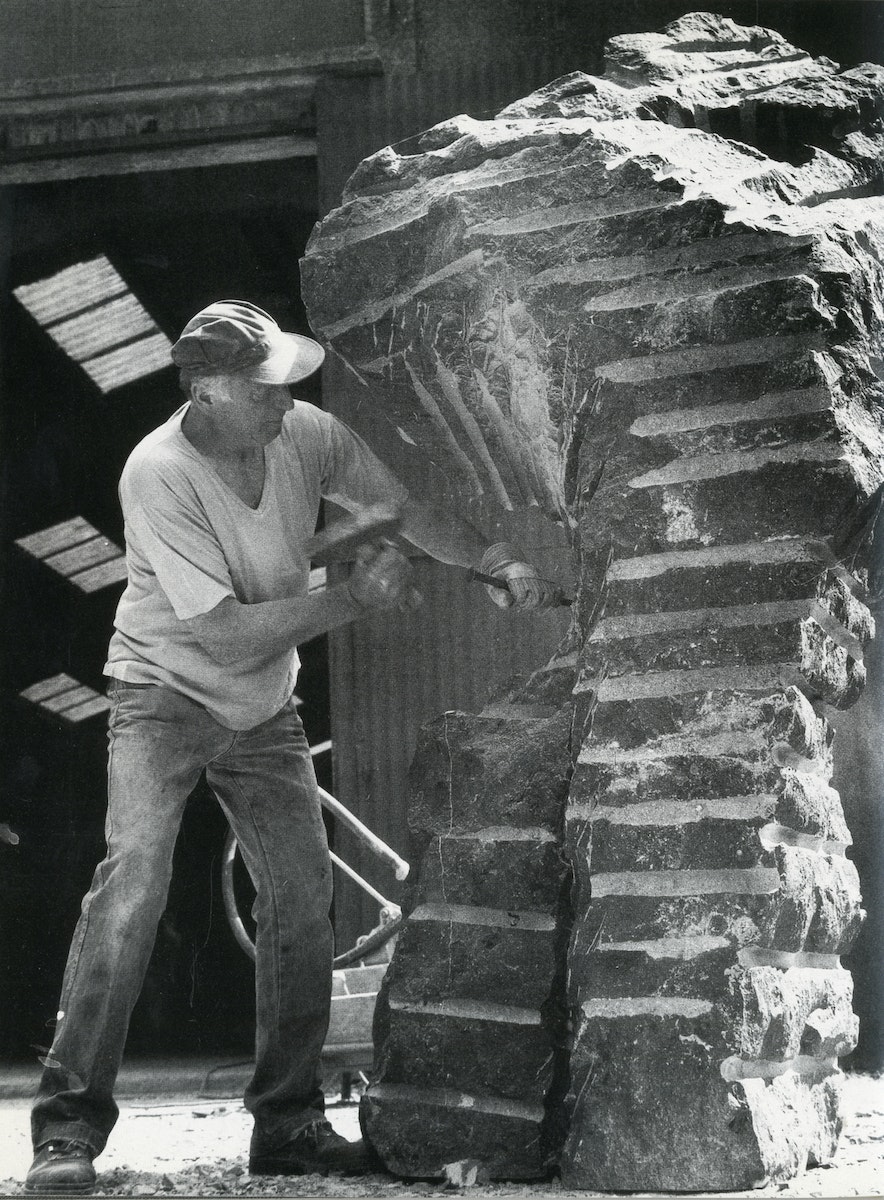 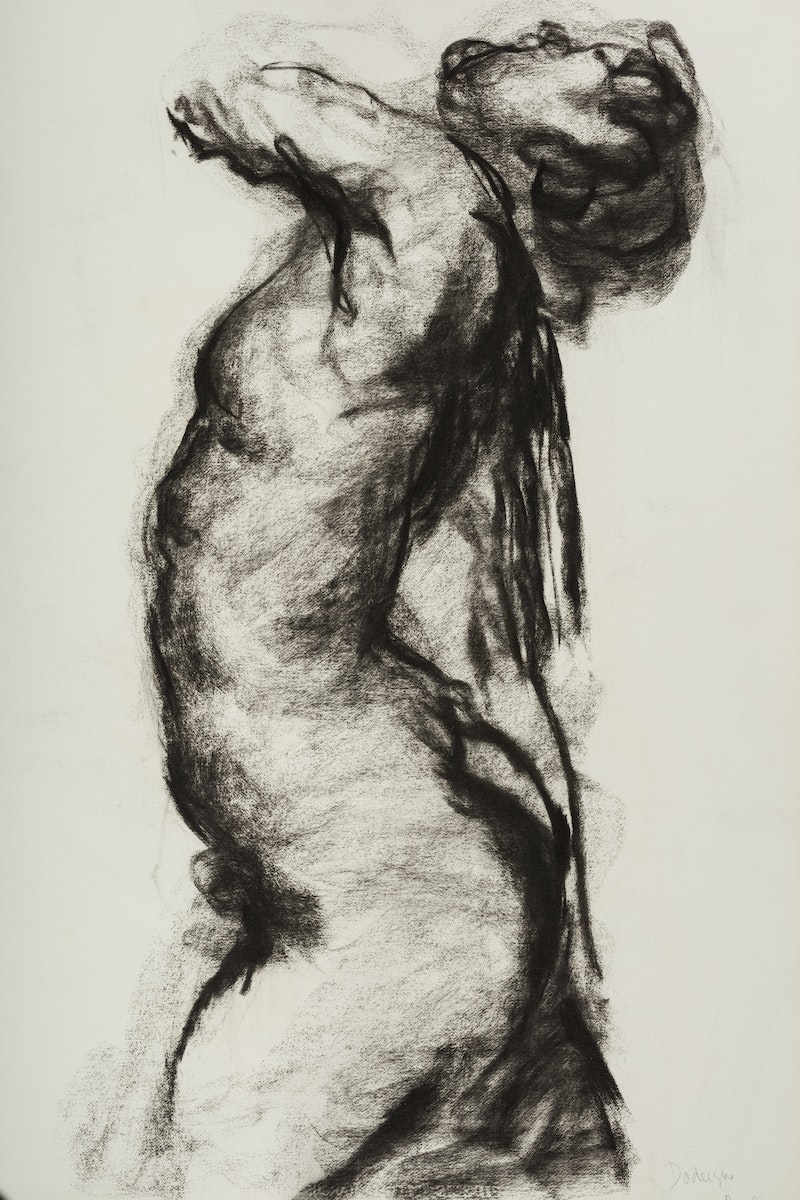 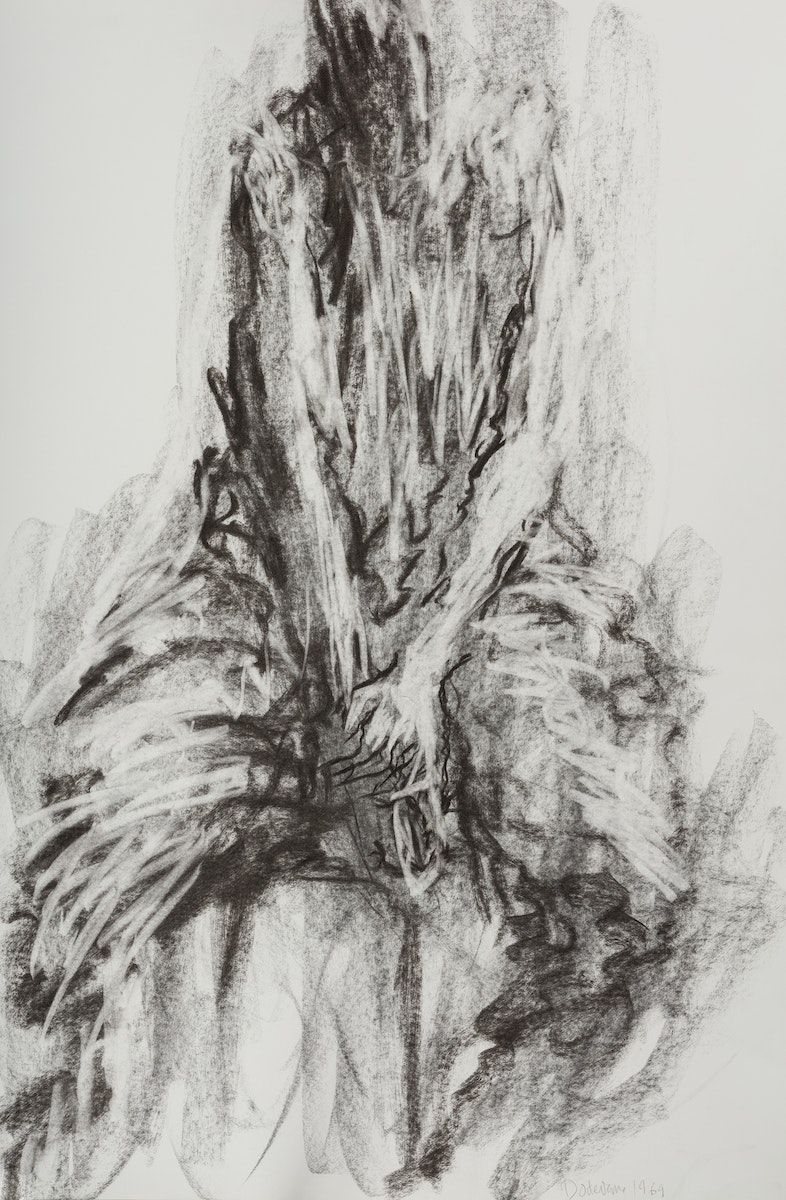