Emile Claus was never a follower. At the very beginning of his artistic career he was drawn in the direction of Luminism,
to which he would later be fully converted. In contrast to his contemporaries, Claus was much less romantic, with a very
strong social commitment, especially in the period soon after he had settled in Astene in 1882.
Rather than painting sweet natural tableaux, he preferred first and foremost to depict the daily lives of the farmers. He painted them in the fields, at work, as if consciously accepting their lot in life.
Later he moved towards a mix of Naturalism and Impressionism.
This development was highly influenced by a visit to Paris in 1888, where he discoverd the work of Renoir, Monet and
Pissarro, among others. From that time on, his subjects were no longer simply the farmers or the landscape, but rather light itself. Thus Claus was involved at the beginning and in the dissemination of Luminism.
However, he never became a dogmatic follower of Monet, who was a firm believer in the system of complementary colours. Claus was, moreover, remarkably detailed in his drawings, as compared with his contemporary Luminists, who often preferred to depict vaguer figures. After fleeing to London during the First World War, the tide
turned. The exuberant love of life that he tried to represent in his Luministic works no longer fit with the prevailing atmosphere in this part of the world. 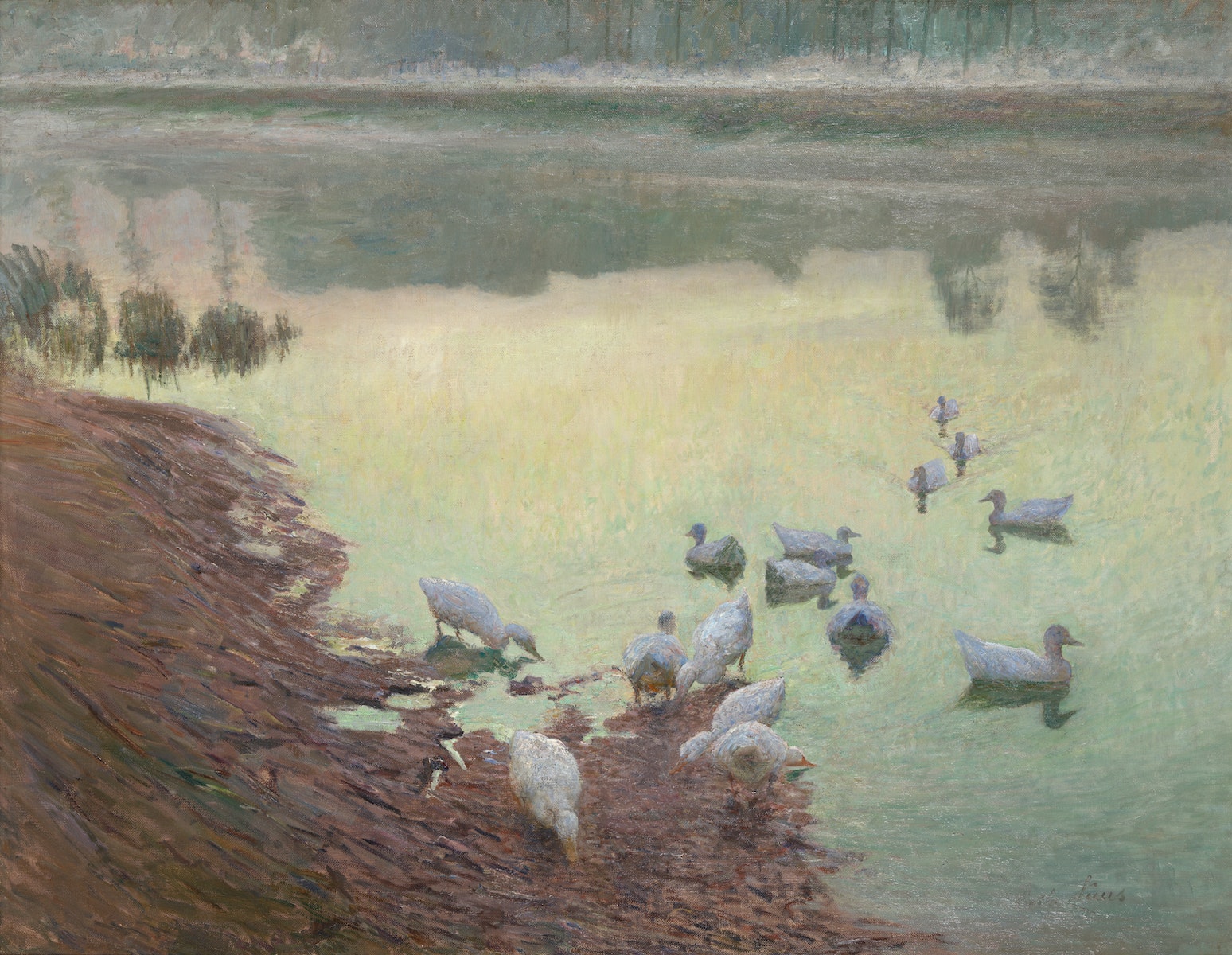 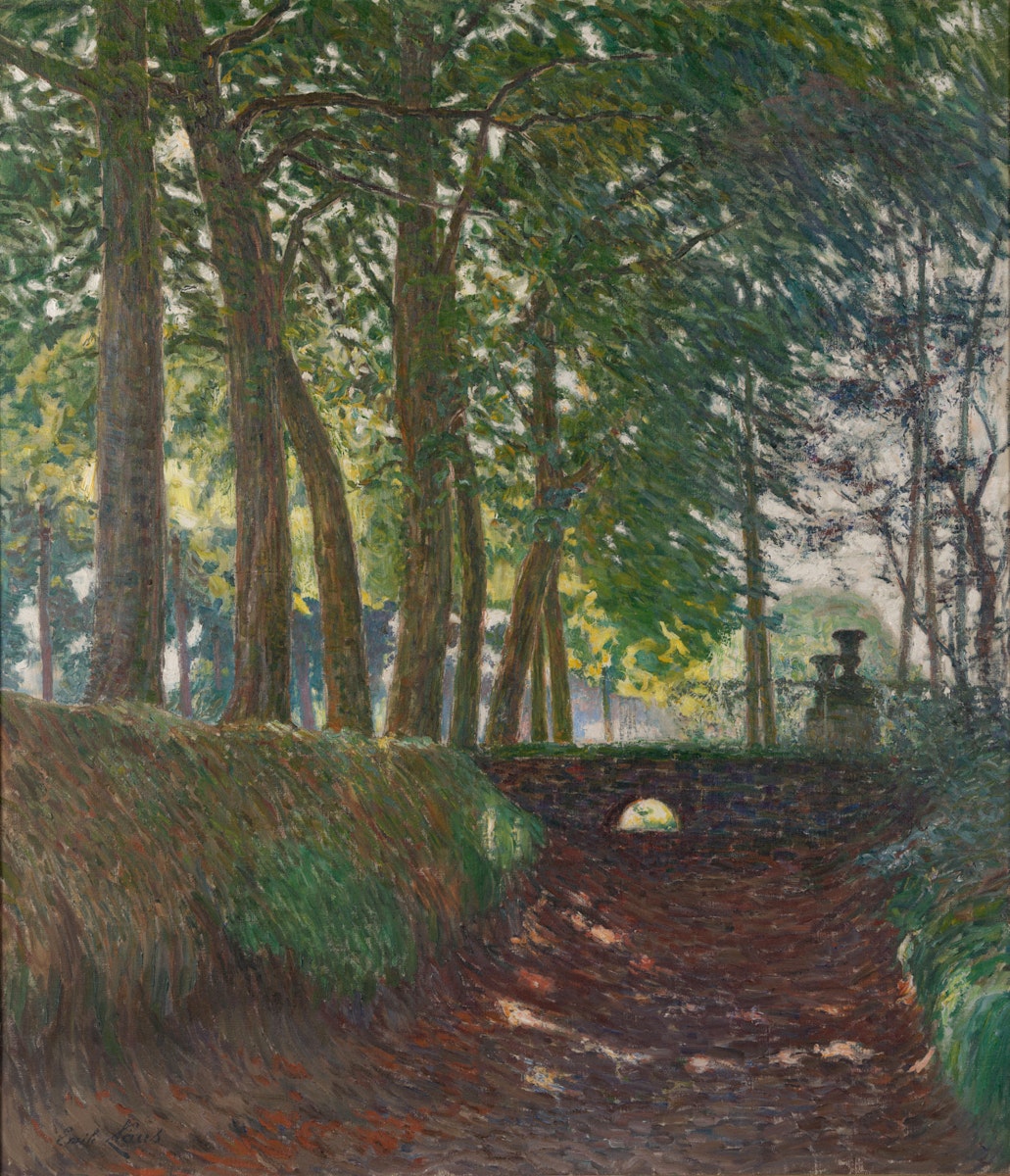