FRANCIS MAERE FINE ARTS is currently preparing a catalogue raisonné of the work of Anna De Weert.
Please contact us to include your artworks or documents: info@francismaerefinearts.be

Ever since she saw the light, Anna, Virginie, Caroline Cogen had been triggered (inspired) by the fine arts. She grew up in an art-loving upper class family with a taste for drawing and watercolor painting.
Both her uncles Félix and Alphonse Cogen were painters. The love for literature came form her mothers’ side, being the granddaughter of Karel Lodewijck Ledeganck.
She spent her youth with her mother and grandmother, having lost her father at the age of two.
An untroubled youth in the countryside surrounded by love and nature, by caring uncles and relatives who taught her to appreciate and respect the world of flowers, plants and animals.
She spent several months a year in the family property near Menton in the South of France, a tradition she was to continue during her lifetime.
Thanks to her surroundings, she was given the chance to start a career as an artist at the Academy of Ghent. A new episode started in 1891 when she married the politician Maurice De Weert and left
the countryside for the city of Ghent. There she was introduced to the Cercle Artistique et Littéraire which would become her second home.
By visiting all the exhibitions of fellow artists and attending the lectures or poetry evenings Anna De Weert transformed herself and created her own taste and style.
It is there that she met Emile Claus and that in 1893 she started following his classes at Villa Zonneschijn.
In 1896 she created her own « lieu d’inspiration » in Afsnee. Her « Hof ter Neuve » , a country house along the river Lys with an atelier surrounded by a beautiful garden full of flowers and an old orchard.
Most of her summers where spent there, painting and working in her garden, treating flowers and plants, feeding the animals and above all transposing the beauty of nature on to her canvases.
As in Emile Claus’s villa Zonneschijn Anna De Weert made of «Hof ter Neuve» a meeting place for many painters, poets and writers. This continued for many years.
Once the winter arrived she moved to Ghent, to her house near the Coupure, where she fulfilled the role of a perfect housewife, receiving with grace all the contacts and hosts of her busy husband.

Her first exhibition took place in 1895 at her so familiar Cercle Artistique et Littéraire de Gand. Until 1950, the year she died, she would rarely miss a Salon, be it in Ghent, Brussels, Antwerp or Liège.
She was also a regular participant in group exhibitions in Belgium and abroad. In Turin or at the Venice Biennale for example.
The group »Vie et Lumière» was her goal in life and even when her mentor Emile Claus died in 1924, she continued promoting the luminist tradition through exhibitions and lectures.
The sudden death of her husband in 1930 changed her previously harmonious life drastically. She withdrew to her beloved «Hof ter Neuve» and surrounded herself with memories.
A few paintings were finished by her during and after Second World War, but it became more and more difficult for her.
She passed away in spring 1950 leaving behind an important œuvre consecrated to nature, light and beauty, creating a thing of beauty… a joy forever 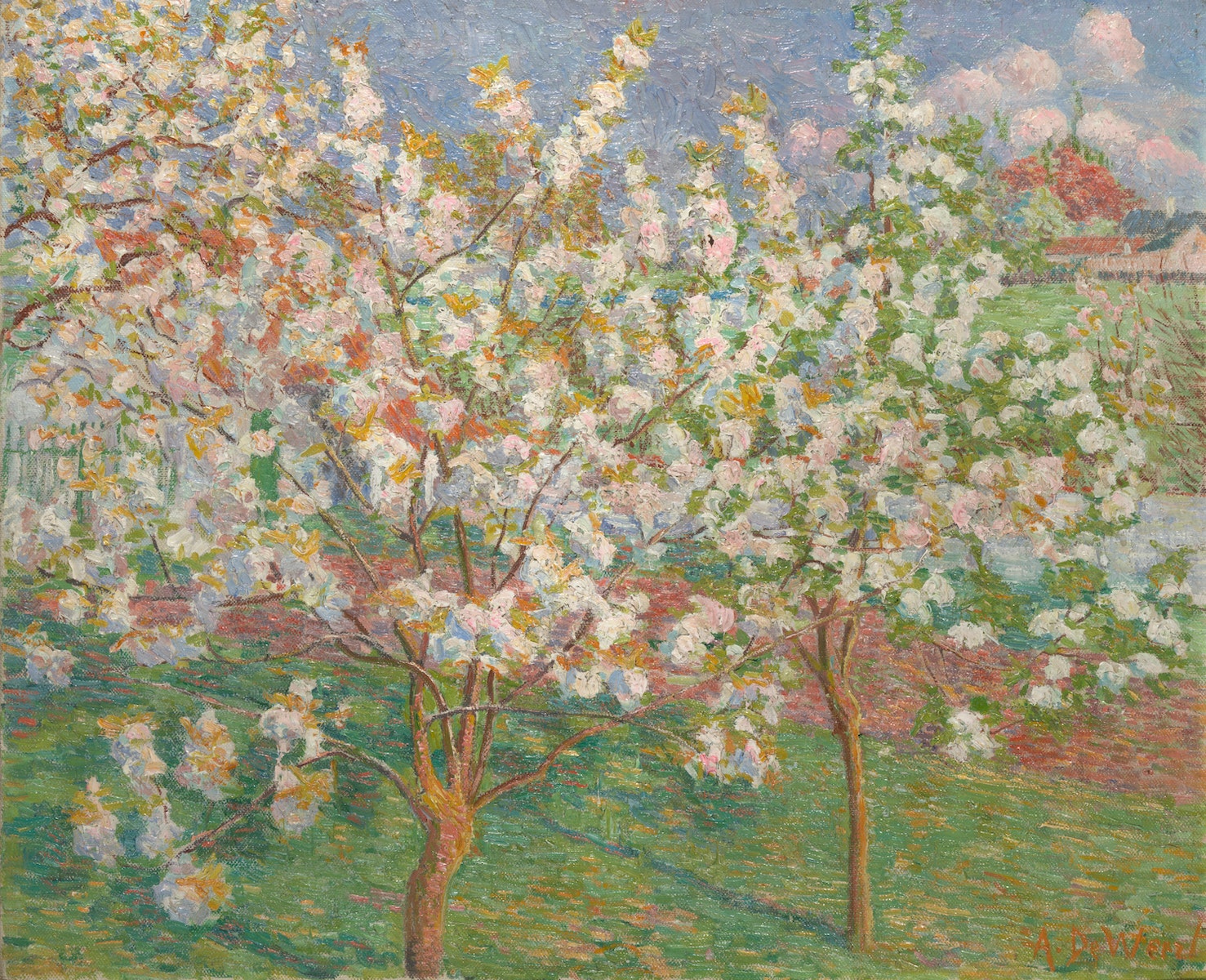 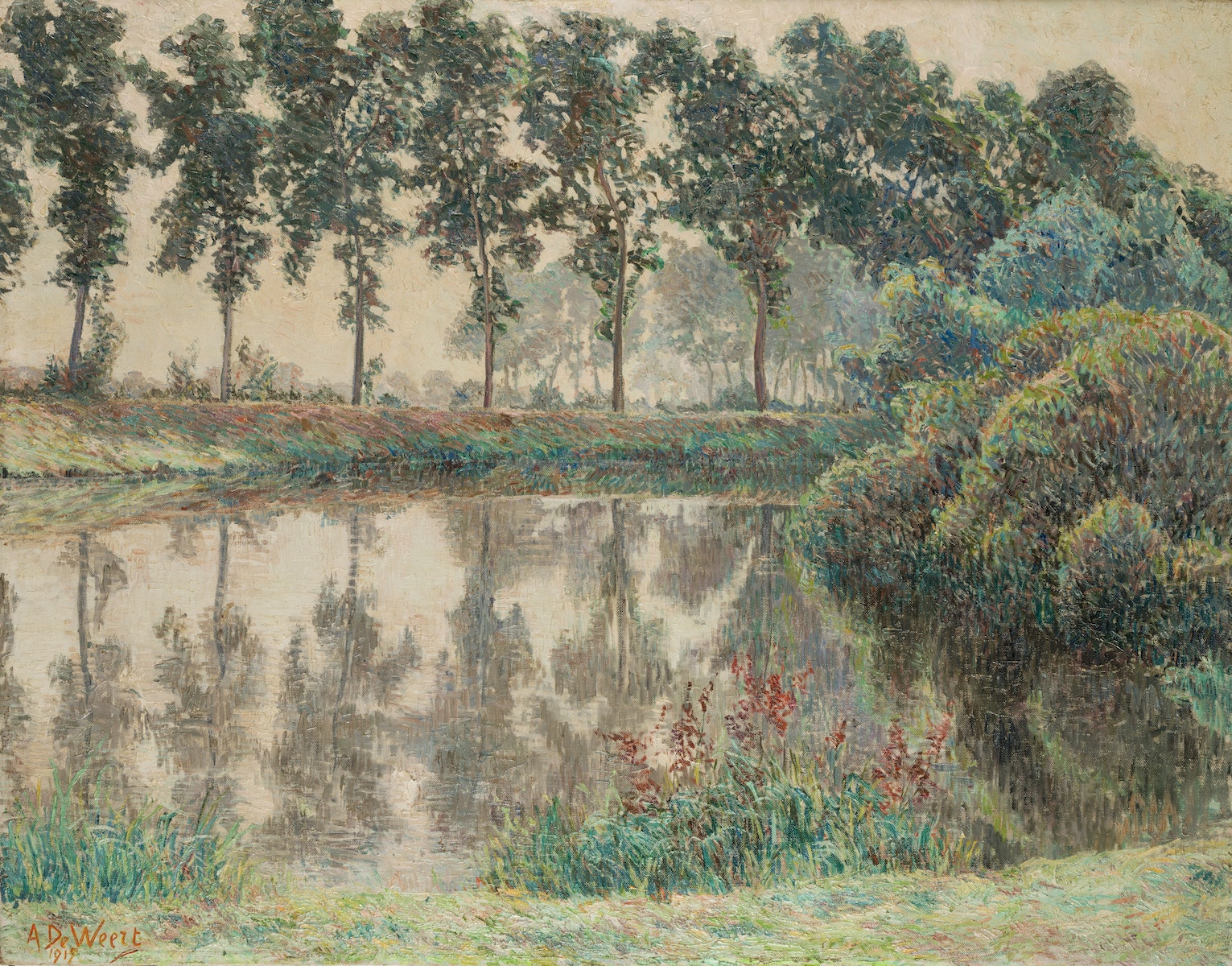